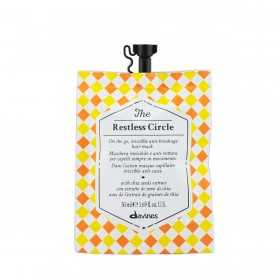 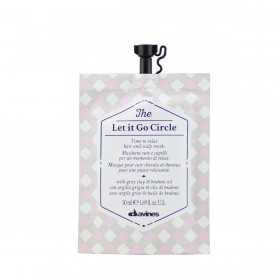 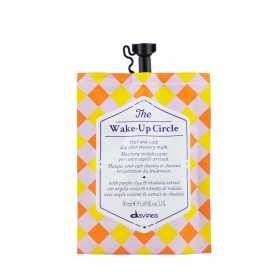 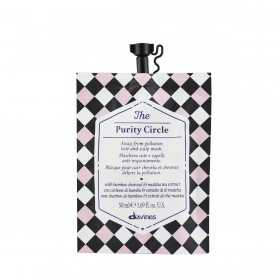 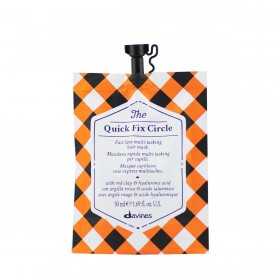 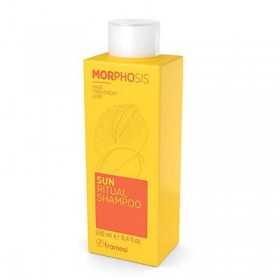 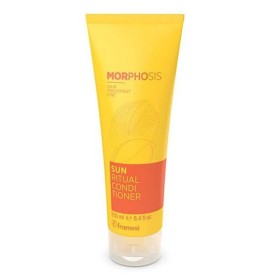 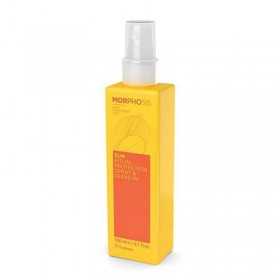 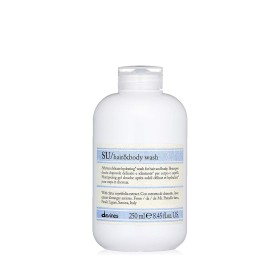 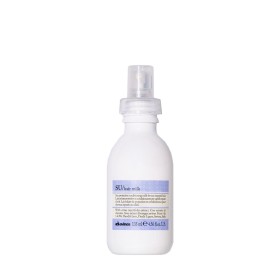 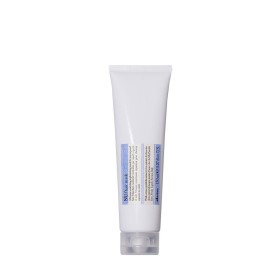 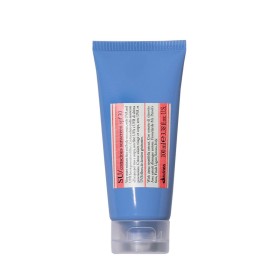 Davines has enhanced the goodness of each single formula by enriching it with active ingredients from Slow Food Italy Presidia, contributing to the protection of our planet's biodiversity.

The formulas contain high percentages of rapidly biodegradable ingredients of natural origin, to minimize the impact on the environment and combine sustainability and results of the highest level.

Essential haircare shampoos are formulated with delicate surfactants that respect the hair and do not contain sulphates; their foam is incredibly creamy and compact and dissolves easily in water. All products do not contain parabens.

I believe in the truth of the inexplicable, in the common sense of stones, in the madness of flowers.

based on What I Belive by J. Ballard

Perennial shrub of probable tropical origin, the caper has been widespread in the Mediterranean area since time immemorial: references to its use, both food and medicinal, can be found in the Bible, in the writings of Hippocrates, Aristotle and Pliny the Elder.

For dry hair or used by treatments such as streaks or bleaching, perms or straightening.

Rich in carbohydrates and proteins, with a strong nutritional power, and vitamin C with an antioxidant action. Its extract comes from the pulp contained within it with marked toning and nourishing properties.

This tomato, sweet and juicy, is part of the gastronomic history of these lands: it was the basis for the passata of all the families, even the urban ones, they were produced for the winter.
Yet despite this rootedness, the fiaschetto tomato had practically disappeared: the cultivation was too expensive and the quantity of harvest was too low compared to modern sauce hybrids. Thanks to a meticulous research in the private gardens of Torre Guaceto, flask plants were found thanks to which it was possible to reintroduce this precious variety of tomato.

For dry or dehydrated hair.

Rich in water, vitamins and minerals, it gives long-lasting hydration.

At the beginning of 1600 the cultivation of melons was widespread in the agricultural communes near Trapani. After the "later" harvest they were placed on the terraces or hung on the balconies and never touched again until Christmas when they were cut and rediscovered sweet and juicy. To preserve the garrison, once the extract is obtained, the seeds of the yellow melon are sent back to Mrs. Simonte, so that she can replant them.

Rich in mineral salts, it has a remineralizing action on the hair.

The history of Orbassano's red celery starts from afar, since in the 17th century the Duchess of Savoy Anna Maria d'Orleans brought the violet celery of Tours with her from France, tastier and more tender than those cultivated in Piedmont at the time. Over the years, the French violet celery has become well acclimatized in the gardens surrounding the city of Turin and has developed the characteristic red color at the base of the coasts.

Produced by: Giancarlo and Doriano Pozzatello farm in Orbassano, Turin.

For frizzy or unruly hair.

Rich in fatty acids and vitamins, it has an elasticizing and sweetening power.

The Nebrodi massif, the great "green heart" of Sicily, represents the ideal habitat for a rare and very ancient Sicilian olive tree: the minute. Unlike other Sicilian oils, minuta olive oil is very delicate and rich in light fruity and floral aromas. It has excellent nutritional qualities, a high content of orthophenols and a considerable concentration of vitamin E. The many centuries-old and still productive olive groves testify to the historical importance of the small olive in the area.

Produced by: farm of Mr. Carmelo Messina of Ficarra, Messina.

For curly or wavy hair.

With a new, even more effective extract of Noto almond, Slow food Presidium.

In this area, one of the most beautiful agricultural landscapes in Sicily, a variety of almond of exceptional quality has been cultivated since the mid-nineteenth century, las romana, so defined by the name of the peasant family in whose fields it was found and to which it goes ascribed the credit do spread it. These almonds have a thick and woody shell that allows them to preserve their flavor and aroma for a long time, making them particularly sought after by pastry chefs all over the world.

Produced by: farm of Mr. Carlo Assenza of Noto, Syracuse.

For all hair types.

Rich in mineral salts, in particular iron, zinc, selenium and proteins. Contains a high concentration of all essential amino acids, especially lysine, threonine, tryptophan and the amino acids containing sulfur. It is also rich in antioxidants.

Rustic plant, resistant to cold and drought, it is useful for exploiting the land in summer, after the rye, potato and barley crops. Hardly attacked by parasites, it can be easily grown without using chemicals. Its cultivation reached its maximum expansion in the first half of the nineteenth century, then the decline began to make room for more profitable cultures. Today it is grown in small plots on slopes or terraces, and is returning to be highly appreciated for its high nutritional qualities and the absence of gluten.

Produced by: farm of Mr. Patrizio Mazzucchelli of teglio, Sondrio.

Rich in potassium, magnesium and low in sodium chloride. It allows to cleanse with a scrub effect and gives texture to the hair.

Sea water, wind and sun are the essential elements for the birth of salt. There is a place in Sicily, along the Trapani coast, where these conditions are by nature optimal and have given life, since the time of the Phoenicians, to a qualitatively unique production reality. In large tanks, called salt pans, the sea water evaporates in the sun, in view of a ritual that has been repeated unchanged for over a thousand years: the hand-made salt collection. The extracted sea salt is integral, moist and with a grayish appearance and is accumulated in pyramids which, in a siggestive scenario of water and windmills, turn pink when the sun goes down.

For long or damaged hair.

Rich in serine and glutamic acid, the most abundant amino acids within keratin, ideal for nourishing and repairing.

Villalba Lentil is characterized by a high content of iron and proteins, combined with a low content of phosphorus and potassium. Its cultivation is very sustainable, as nion needs fertilizers, special treatments or irrigation.

Produced by: farm of Mr. Francis of Jesus of Villalba, Caltanissetta.

Best sellers Relevance Name, A to Z Name, Z to A Price, low to high Price, high to low 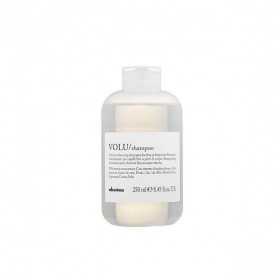 Volumizing shampoo for fine or limp hair. Gently cleanse the hair making it soft and light, with a lasting boost of body and volume. With turnip root extract from Capruana, Slow Food Presidium produced by the Ferraris Farm in Capruana Cuneo.
€15.90 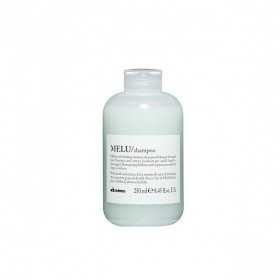 Elasticizing anti-breakage shampoo for long or damaged hair. The formula, characterized by a soft and creamy foam, gently cleanses the hair making it shiny and silky. With Villalba Lentil from the Slow Food Presidium produced by the Francesco di Gesu Farm in Villalba, Caltanisetta.
€15.90 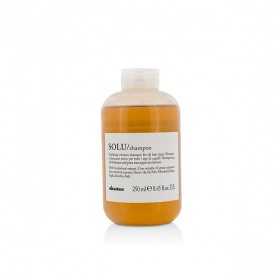 Shampoo indicated to remove styling product residues or before the permanent service. The rich yet airy lather leaves the hair extremely clean. With Buckwheat from Valtellina rich in antioxidants, mineral salts and amino acids, produced by the Mazzucchelli Farm in Teglio (SO).
€15.90 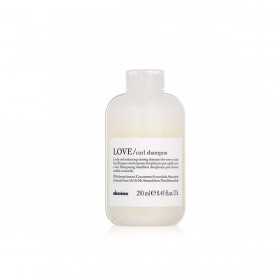 Lovely curl enhancing taming shampoofor curly or wavy hair. The moisturizing formula cleanses the hair, makes it soft and light, enhancing its volume, shine and without compromising its texture. With Noto Almond from Slow Food Presidium produced by the Carlo Assenza Farm in Syracuse, Sicily.
€15.90 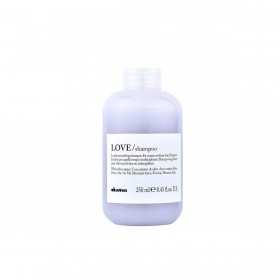 Smoothing shampoo for frizzy or coarse hair.  With Minute Olive extract with an elasticizing and softening action. The Minuta olive is a Slow Food Presidium and comes from the Ficarra Farm in Messina.
€15.90 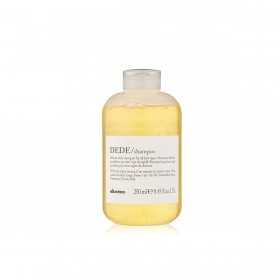 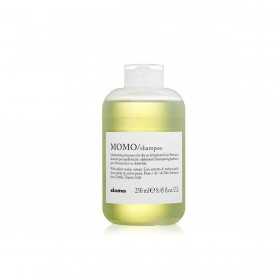 Light shampoo with gel texture, characterized by a creamy foam. It is indicated to gently cleanse dry or dehydrated hair, giving it strong hydration. With Cartucciaru yellow melon extract from Paceco, Slow Food Presidium produced by the Simonte Farm in Dattilo Trapani.
€15.90 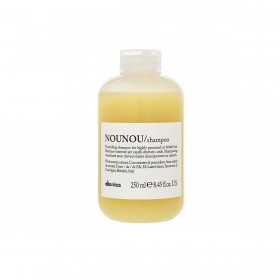 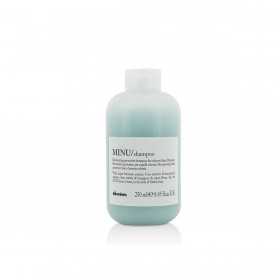 Specific shampoo for colored hair. The formula, characterized by a rich and full-bodied foam, gently cleanses the hair, protecting the color and keeping it shiny for longer. With Salina Caper from the Slow Food Presidium produced by the D'Amico Farm in Leni, Salina Island, Messina.
€15.90

Nourishing restorative mask to restore the hydration of hair damaged by sun, chlorine and salt. It restores softness and light even to the driest and dullest hair with an antioxidant action. High cosmetic effect treatment. With chinotto extract.
€18.90

Leave-on spray cream enriched with UV protective filters that preserve the cosmetic color and hydration during sun exposure. The hair will be visibly soft, light and easy to comb. With chinotto extract.
€18.90 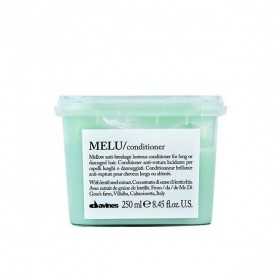 Conditioner for long or damaged hair. The conditioning action moisturizes the hair, nourishes the ends and prevents breakage. The light formula makes the hair soft and fluffy, without weighing it down. With Villalba Lentil from the Slow Food Presidium produced by the Francesco di Gesu Farm, Villalba, Caltanisetta.
€18.90 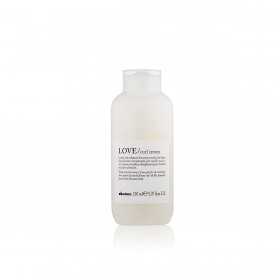 Ideal for all curly or wavy hair that want to get more definition. Its leave-on formulation is indicated to define curls in an invisible way.
€18.90 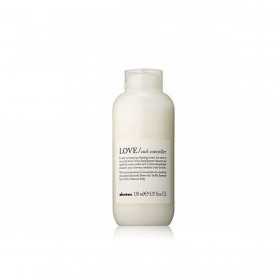 Volume control cream with anti-frizz effect for wavy and very curly hair. Defines the texture of the curl leaving it soft, light and elastic even in case of intense humidity. With Noto Almond, Slow Food Presidium, produced by the Carlo Assenza Farm in Noto, Syracuse.
€18.90 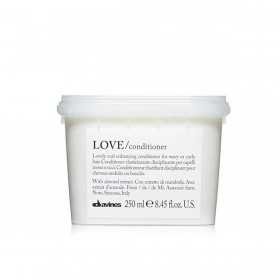 Its formulation makes the hair soft and light, giving elasticity and volume, without weighing it down. With even more effective extract of Noto Almond, Slow Food Presidium. The note that characterizes the LOVE family is citrus and green.
€18.90

This site uses cookies. By continuing to browse the site you are agreeing to our use of cookies. Find out more here.